Link an email campaign to a Salesforce campaign

After you have sent an email campaign from Campaign Monitor:

Troubleshooting
‍
Reasons why a Campaign Monitor Campaign does not appear to be linked:
1. It has not been sent.
2. It is already linked.
3. It was sent before the primary sync has run.
4.You have too many Campaigns (Salesforce pick list does have a limit on the amount of values it can display).

On our general settings tab there is an screen for Campaigns. On this screen you can turn on a feature that will automatically create Salesforce Campaigns for each Sent Campaign Monitor Campaign. To learn more about Campaign Settings click here. 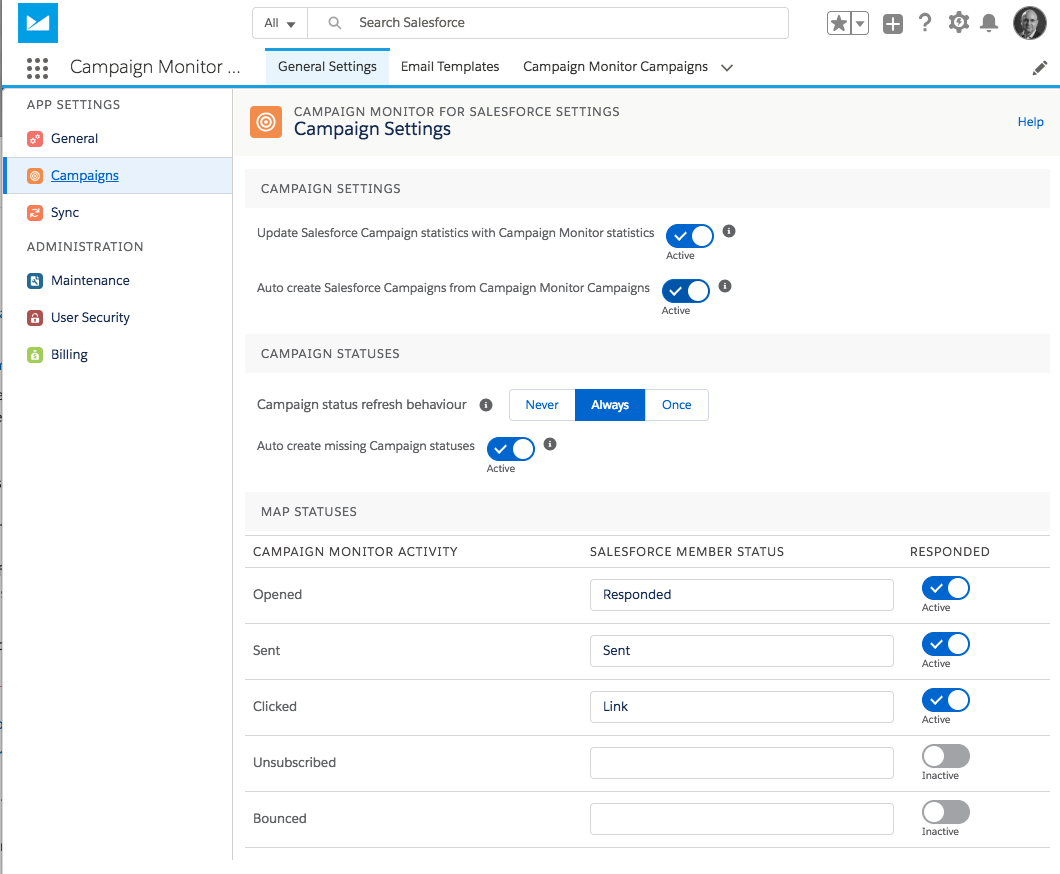 To a Salesforce Campaign Members to a subscriber list in Campaign Monitor simply:

When a campaign is linked between Salesforce and Campaign Monitor, any email members that were on the sent campaign will be automatically linked to the Salesforce campaign. 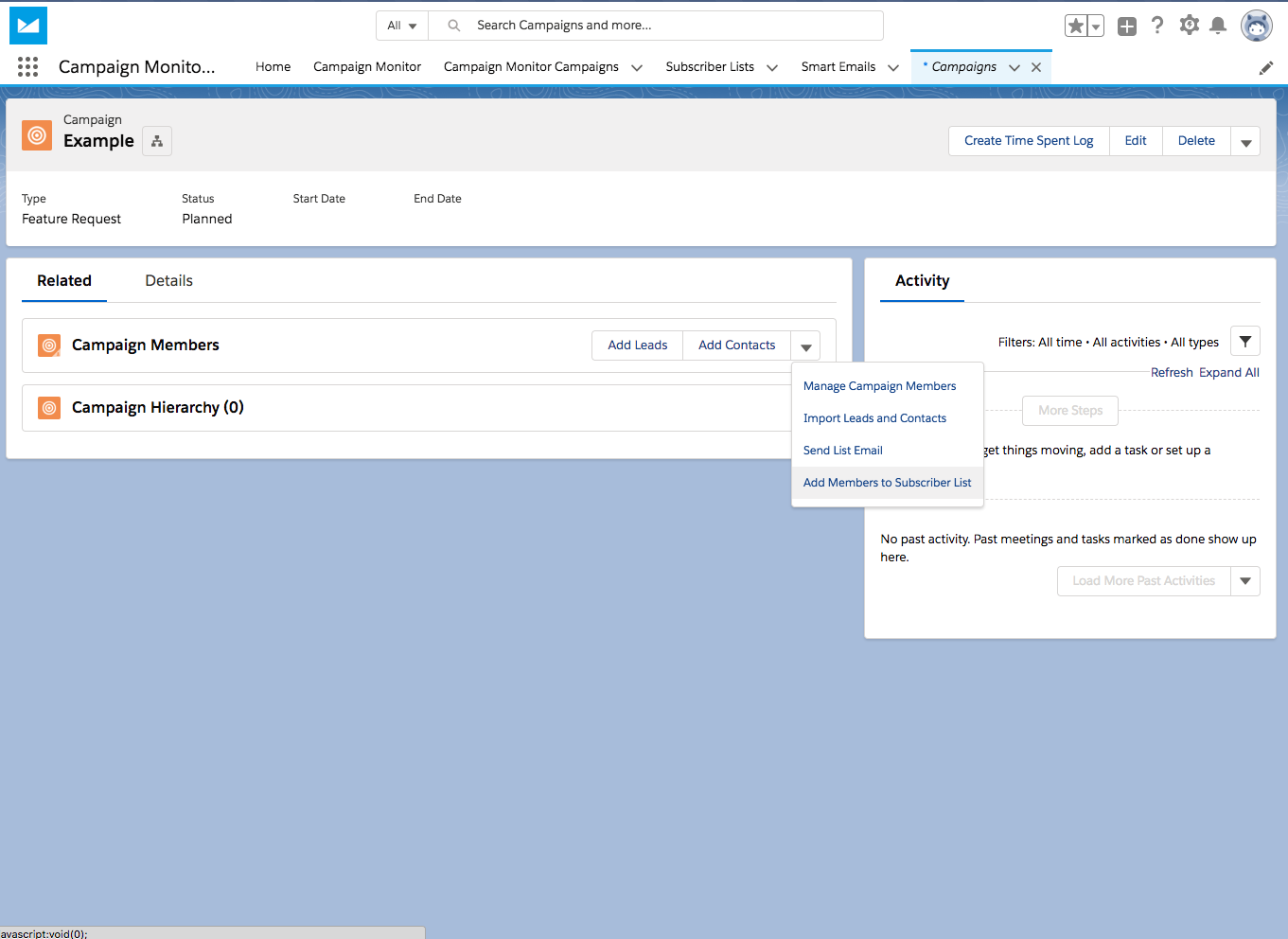 Was this article helpful?

Thank you. Your feedback has been received!
Oops! Something went wrong while submitting the form.